Recently I was contacted from a reader who offered this challenge:

“I’m sending you a message in regards to the subject matter: Plutonians. I’m new to astrology, and I find it extremely fascinating. Of course I’m asking out of interest regarding my own birth chart. Do you know much about Plutonians, or how to classify them, etc.?”

That is indeed a great question! Thank you for asking, and for inspiring me to share my thoughts. To get a better understanding of Pluto, we need to explore both how Pluto modifies personal patterns in natal charts, and how major life changes are marked by Pluto transits.  I hope you don’t mind that, as such, I have expanded your request. Here goes…

The topic of Pluto in both astronomy and astrology is under some scrutiny these days. We are living in a time when vast discoveries are being made about our solar system, what lies beyond it, and what has come within it. How we apply meaning to these discoveries on a symbolic level is shaping our toolbox of astrological techniques. 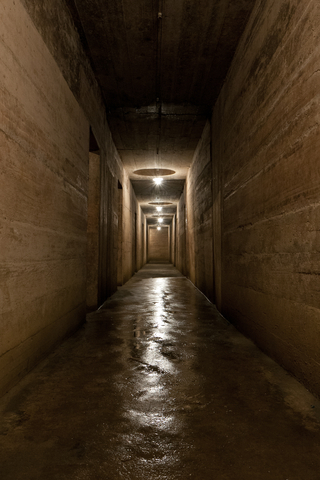 Pluto was discovered in 1930, and with the name given to it, astrologers began to associate God Of The Underworld mythology. They found that Pluto transits corresponded with stories of death and rebirth, power, control, and intensity of experience.

Although Pluto was classified as a planet, it was odd that it did not follow the pattern of the other planets in our solar system. While Jupiter, Saturn, Uranus and Neptune are gaseous, Pluto is solid. All the other planets in our solar system orbit the sun basically along the same plane, yet Pluto’s orbit is tilted at quite an angle from the ecliptic. We’ve had hints for a while that Pluto doesn’t quite belong as a planet. In 2006, when Pluto was demoted from status as a planet, I was okay with that. Plus, I like the symbolism of Neptune as the outermost planet, but that’s another topic.

In 1992, astronomers discovered a band of objects orbiting beyond the path of Neptune. They were named the Kuiper Belt Objects (or KBO’s) after the astronomer who first suggested their existence. To date, there have been 100,000 of these objects discovered, and Pluto is now being considered to be one of them. They all have highly elliptical orbits and are roughly inclined along the same plane. Their orbits come just within the path of Neptune — that is, except for a few renegades, a few mavericks. The ones that have been pulled within the orbits of Uranus and Saturn, closer to our consciousness in the astrological model, have been named the Centaurs.

The first Centaur discovered was Chiron, back in 1977. Astronomers then did not know how to classify it. Was it an asteroid thrown out of orbit? They coined the term “planetoid” for it because there wasn’t an appropriate label for such a body at that time. The second Centaur to be discovered was Pholus in 1992, and the third, Nessus, was discovered after that.

There is some connection, then, between Pluto as God Of the Underworld and Pluto’s association with the Centaurs. Melanie Reinhart explains it eloquently in her updated book, Chiron And The Healing Journey:

“The resonance between Pluto, Chiron and the Centaurs is immediately apparent when one observes their psycho-spiritual processes at work in the life of an individual, or indeed within history. They shed light on deep interior processes, some of which are indeed ‘other dimensional’; others involve the realm of the ancestors (the ‘shades of the departed’), the unborn, ungrieved, uncelebrated, and the unmanifested potential which may still be invisibly active in the ancestral field of the etheric body.”

Pluto, as God Of The Underworld, takes us to places we would rather not go, to deal with topics in our life that can be most painful, frightening, even traumatic. Sometimes the descent downward is too much for us to bear, and we try to retreat back to our “normal” life, but find that it is not there anymore. Only with courage to take that full journey downward and inward (often with the assistance of a skilled therapist) can we really face our demons.

So now the loaded question: What if Pluto is prominent in one’s birth chart? As with all natal chart interpretation, we must look at the whole chart and not be tempted to compartmentalize things. Other facets of a chart can certainly modify any Pluto stories that are there. However, we do have some general themes of Pluto to explore here.

Pluto in close aspect to the Ascendant, or to the Sun, Moon, Mercury, Venus, or Mars — the “personal planets” — can suggest that the native is likely to experience the influence of Pluto in a deep and personal way. A conjunction with Pluto can be the purest consolidation of this energy, yet close aspects of other kinds will also indicate that themes of Pluto are evident.

Before venturing further, it might be prudent to note that not all astrologers agree that Pluto is the ruler of Scorpio. Just because a person is born with Sun in Scorpio does not mean that their life will be full of death and rebirth, and that they are apt to be power-hungry individuals or have control issues… or be victims of the same. Don’t go there.

In many cases of Pluto conjunct the Ascendant, the actual birth process of the individual was surrounded in some kind of danger. The birth itself may have been a life-or-death matter for either the mother or the child. If the child carries that memory on some cellular or other level, then he or she may be very reluctant to enter into new circumstances or surroundings throughout life; the world around may seem loaded with peril. The person with Pluto conjunct Ascendant may face life with a great need to understand all the possible outcomes of situations, and may have a great desire to be in control of things. Any aspect of Pluto to the Ascendant is likely to colour the individual’s interaction with others, with the need for power or control someplace in the picture. It’s not an ego thing, it’s a self-protection thing. Pluto-Ascendant people can be hesitant to enter a room; once inside, they’ll need to be in a place to see all doors and windows, any possible escape routes, or any places where others may enter. Pluto-Ascendant people don’t want to be surprised.

With Sun-Pluto aspects, an individual’s sense of purpose can be intensely driven by the need to experience transformation. Sun-Pluto people may have stories of how their life has changed dramatically. Overcoming personal trauma is one way, but not the only way. Sun-Pluto people can be extremely insightful, and they can come across as intense and unyielding. The Sun can reveal characteristics of the father, so the Sun-Pluto person may have had a father who was overly intense or controlling, especially if the aspect is a square.

Moon-Pluto people are known to feel things deeply. They can be so sensitive to people and environments that they find ways to cope (to protect themselves) including becoming extremely private. A Moon-Pluto person’s mother may have been a dominating force in the individual’s life. She may have been a “smother mother”, resulting in the Moon-Pluto person learning to connect with others in an all-or-nothing fashion. Betrayal can be one of the worst threats to a Moon-Pluto person. Emotional security is highly important.

When Mercury combines with Pluto, the individual is likely to have a mind that prods deeply into areas of interest. Surface facts just won’t satisfy the hunger for more information. The Mercury-Pluto person needs to know all background stuff and the motivating factors involved. Mercury-Pluto people make great detectives.

The depth of relating to others can probably be no stronger than it is with a Venus-Pluto person. Merging with someone else is a transformative process. The Venus-Pluto person will likely experience both heartbreaks that are devastating and joyful partnerships that are all-consuming. They are the extreme romantics. Relationships can be so intense they border on obsessive. Sexual relations can be fervid. We associate Venus with possessions and finances, so an aspect of Venus and Pluto might also suggest that the person is attune with the power of money. Being obsessed with appearance, or wearing dark and mysterious clothing can indicate Pluto colouring Venus.

The Mars-Pluto people have a hunger to express raw, physical energy. They can find great satisfaction in combat sports: kickboxing, tai kwon do, karate. They can be intensely competitive. They need to fight; they need to win. Mars-Pluto people need an outlet for their energy because if it is suppressed, it will undoubtedly explode. Mars-Pluto types need to do things that are important, that bring change to the world. On a sexual level, where Venus-Pluto had the intensity of heart, Mars-Pluto brings fiery  heat and passion into the sexual union. (Is it getting hot in here? Somebody open a window.)

Whether Pluto closely aspects a personal planet or not, most of us will undergo a significant Pluto transit at some point in life. For people who do have a natal aspect with Pluto, the transit of Pluto may muster feelings that are more familiar, as if it’s finally time to deal something that has been brewing all along. Yet for those with no Pluto aspects natally, a transit of Pluto can mark a period when life feels uprooted, torn apart, and upside-down. A Pluto transit can last well more than a year, so it often triggers the desperate question, “Haven’t I gone through enough yet?” Pluto’s answer is usually, “No.”

With our new theories that Pluto is affiliated with the Centaurs, it is time for us to listen to Pluto stories for elements of ancestral connections. Perhaps Pluto’s role in taking us to the underworld is not only to release our own toxins and demons, but to help unleash those struggles and challenges that our ancestors experienced — that we somehow inherited as our own. That process is far too deep and far too involved for us to handle consciously by ourselves. We need something like a Pluto transit to take us to that place deep within us. We need to trust the dark.

An encounter with the God Of The Underworld can surely be frightening, traumatic, or painful. We don’t know where we’re going, and we don’t know why. But Pluto does promise to return us to the light. In the myth, Pluto does bring Persephone back to the earth. Spring returns. Not just in spite of, but perhaps because of the descent into the dark underworld, healing and renewal can take place.