What a great time we had last night at the Roundhouse! The Vancouver Astrology Meetup group explored some very interesting ways in which Venus can be challenged into being something less than her best.

It was fascinating to explore the charts of celebrities to see how Venus might look okay on the surface, but with further investigation, can be significantly stressed on other levels. We found some amazing (but perhaps not too surprising) aspects in celebrity natal charts. Transits, progressions, and solar arc directions also revealed some significant “bad-hair days” for some individuals. Thanks to all the group member present who contributed their keen observations!

One very peculiar concept surfaced. The roles that actors play are often revealed in their own natal chart! Take Janet Leigh, for example. Her infamous role as Marion Crane, the stabbing victim in Alfred Hitchcock’s Psycho, seems to be right there in her chart. 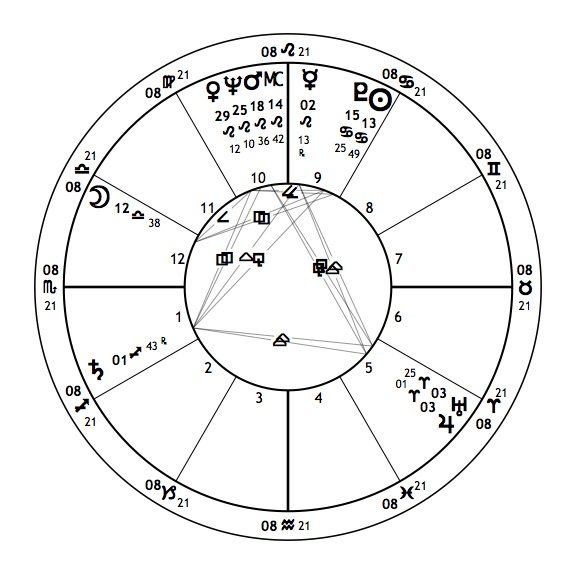 What spooks me further is that our dear friends at Wikipedia suggest that the character Marion Crane actually died on December 12, 1959 — a “bad-hair day” indeed. My guess is that this could be the day the shower-scene filming was complete. (Psycho was released in 1960, so that might be true.) Janet Leigh’s progressed Sun reached her Midheaven, to the degree exactly, on that date. Of Janet Leigh’s life, I believe we could say that this was her most famous moment! Astrology is cool, isn’t it?

If you are interested in coming out to our meetings, our next dates are November 9 and December 14. There is no charge to join, but there is a meager $10 drop-in fee requested for each session.